Apart from the fact, that I have neither seen nor reviewed* any of the films which were awarded (well, APPASSIONATA got the viewer’s award) I’m leaving the Zurich Film Festival today with very mixed feelings. Let’s wrap this up: 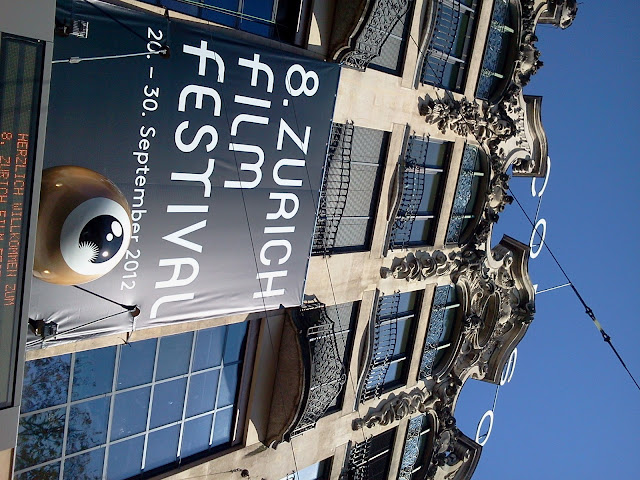 TRENDING THEMES AND TOPICS
– Never before have I seen films which showed so much endless smoking (drinking and drug consumption paled in comparison).
– The elderly and the old get to fall in love, have sex, make leaps of development and they get to die with dignity intact
– special effects are very much hidden, filming looks coarse per default
– dialogue is often between the eyes of two characters and not from mouth to ear

WHAT I LEARNED
– Frank Darabont works 15 hour days and thus finishes a script within 8 weeks
– from script to film 4, 5, even 8 years may pass
– the last draft of the script is “written” in the editing room (Frank Darabont)
– European films tend to be much more interesting optically, American filmmakers are better in TV today than in cinema
– Disney works hard at synthesizing human faces, but the right actor/actress still defines the greatness of a film

WHAT ALMOST GAVE ME EYECANCER
– unstable camera (awful enough on YouTube, hurtful on TV, absolutely off medium on the big screen)
– absolute in depth details (a striped shirt on the main character in a crowded supermaket causes nausea, not attention)
– l’art pour l’art, which is BORING
– dirty drab locations, chain smoking, constant drug intake and explicit depiction of shitting and barfing aren’t “shockingly artful” any more, they’re just disgusting.
– the constant cropping up of cancer (!) as a plot point is not very creative

Verdict: I do hope the next ZFF ditches the absolutely boring films with no apparent storyline (like O LUNA IN THAILANDIA, KING KELLY and the at least optically beautiful YANG MEI ZHOU were) and that it gives more room to filmmakers who have their public at heart. You can tell stories in many different ways – but, as Frank Darabont pointed out in his Masterclass – cinema after all is about “a good story well told”.

*not true: I have reviewed DER PROZESS but I’d have awarded it a strawberry, if anything. And I have reviewed THE IMPOSTER, and I did find it pretty good, though not overwhelming.