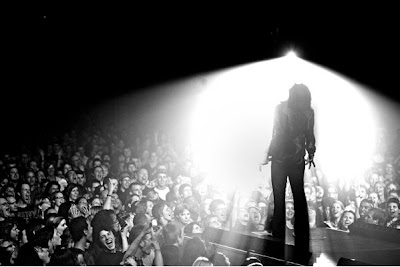 Today, two years ago, Steve Lee was killed in a freak accident near Las Vegas. A lorry slipped and the trailer hit the Harley Davidson motorcycles he and his friends had parked by the road (in order to safely change into rain gear behind them) and one of the hogs came flying towards Steve. He was dead in an instant. Nobody else was hurt. I tend to think it’s a hell of a way for a rock star to go, as much as we miss him still today. Steve, we’ll remember you forever.